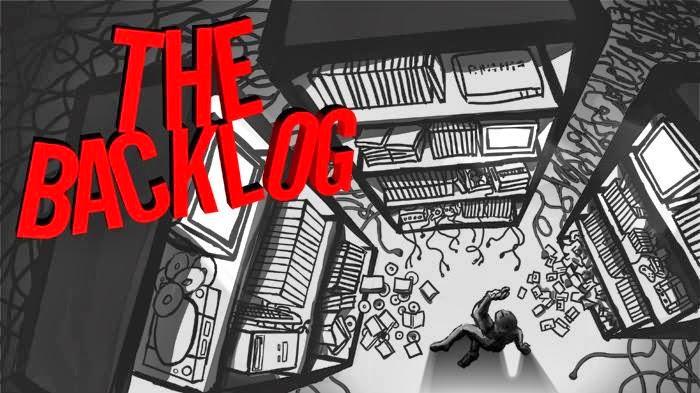 Welcome to Completing the Backlog

I like many, have amassed hundred upon hundreds of games in my Steam library over the year, and the majority of which, have not even been installed or played. I set myself the challenge a couple of months ago, that I would make an attempt to 'complete' as many of these games as possible.

This was initially a plan to help me try and curve my spending on Steam sales/bargains(alas it didn't actually turn out that way). I have decided to write a small blog which will track which games I am currently playing, a quick review of them once I have completed and other bits and pieces here and there. Partly the reason behind writing this blog, is to give me something that will give this task some sort of structure or to keep me going until the end.

Just a little history about myself, I would of classed myself as an avid gamer in my younger years, I had a wide array of gaming interests, from Ape Escape, all the way to Ridge Racer back on the Playstation One. When I hit my teens, I found the behemoth, World of Warcraft, this practically sucked all free times I had for playing games and I poured thousands of hours into playing this one game.  While I still have my Warcraft account, and do occasionally log in from time to time but nothing serious and it is something which I plan on phasing out to the point where I can cancel my subscription.

While I have already been working on this challenge since February time, I still have a daunting task lying a head of me, but one which I eagerly anticipate. At the moment, I have 462 games in my library, I have only actually completed about 50 of them. I class a game as being 'completed' when I see the final credits, have dumped more than eight hours into an online only game, or the "main" task.

At the moment, I have been picking which game to play next based around two methods, I originally started by playing a game based on the amount of space it was taking up on my hard drive, so I could uninstall it once it was completed to free up that space, but since I have now played all the games which were installed on my drive, I have started using the method of working through alphabetically. I have already worked out that this method is probably the worst way of doing it, partly because I have been staring at Amnesia: The Dark Descent as the next game to play!! So I would say picking the game is one of the hardest things I have had to do so far. If anyone has any other suggestions on how they pick which game to play next, then I would love to hear, because I am at a loss most of the time, it sounds silly, I know.

I generally like to save big open world games for periods of time where I can sink a lot of time into them, so games like Skyrim, Fallout ect ect. I find my self putting these games off until I have played through the majority of my other games, so hopefully writing this blog will help me get around to playing them.

While I take on this challenge, I will pick at least two games that I will play at any given time, so that if I start to hit a lull or just not feeling the game, I can swap to the second and maybe go back to the other one at a later time.

I would also just like to say; that I am probably the worst person when it comes to writing, or expressing myself in words, so this blog will also be a way of me trying to improve myself in those areas, so my apologies if it is absolutely terrible.

Just want to say that I cannot wait to get started with this, and hope that someone out there will find some sort of enjoyment of reading.

Hello,
I set out writing this blog to give me some form of motivation to work through my ever growing backlog of games on Steam. I am also using it as a way to improve my own personal writing. After completing a game, I will give a short review outlining my opinion on the game.
If you enjoy reading, please consider following my page to be emailed when a new post has been uploaded.
Thanks